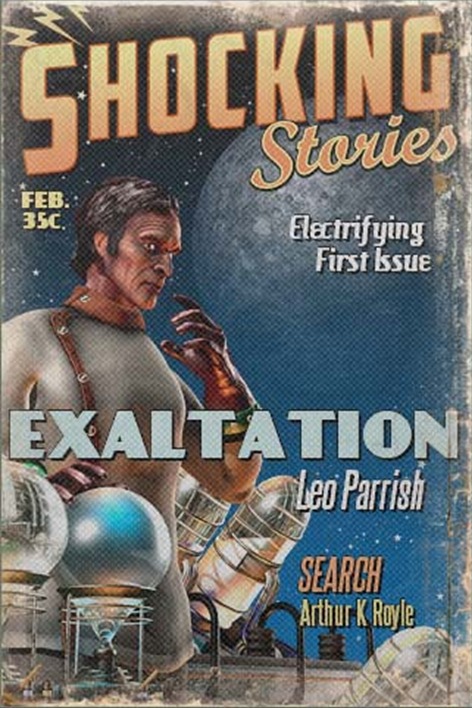 Even in an issue dominated by the first part of Leo Parrish’s novel EXALTATION, the editor still found space for stories by other writers including Arthur K Royle’s “Search”, which got a credit on the cover, an important sign of recognition in a writer’s career.

Once again, the cover and interior illustrations are by D Charles Bwencky.   He was a versatile professional artist who earned his living largely outside of the science-fiction magazines. His work for SHOCKING STORIES and AWESOME ADVENTURES might well have been done as a favour that reflected his fondness for the pulp magazine style of an earlier era.