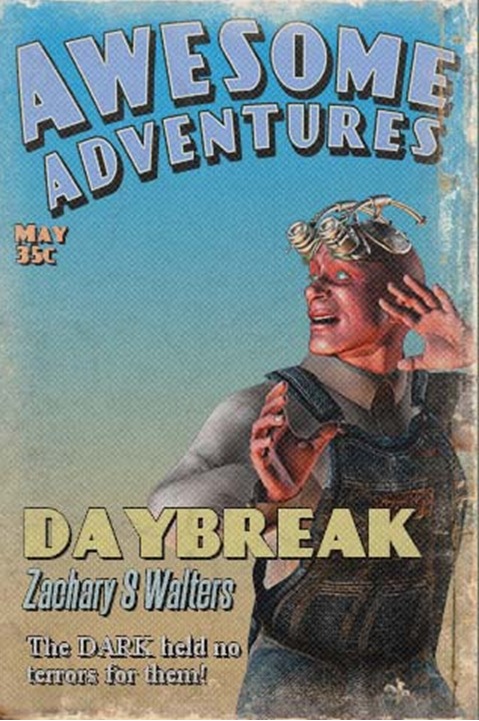 AWESOME ADVENTURES featured stories in a range of styles and subject matter.  Another story in this issue, “Aren’t Humans Lucky?”  by Nat Nietzold, is an example of the absurdist cautionary tale that warned of the dangers of technology.

Magazines like AWESOME ADVENTURES were always hungry for copy and often used staff writers working under pseudonyms to fill the pages. The cover story for this issue - “Daybreak” by Zachary S Walters -  is a typical example.  Resemblances  to Isaac Asimov’s well-known story “Nightfall” are not coincidental.

The cover was by D Charles Bwencky, who also did the interior illustrations.